The Press Information Office is a central location for the media and community to obtain information and press releases regarding the newsworthy events in which the Chico Police Department has played a role.

Chico Police K9 Aaron and his handler Officer Dave Martin have been busy arresting prowlers over the past 30 hours. Officer Martin and K9 Aaron work the graveyard shift Monday thru Thursday. K9 Aaron is a 7 year old Belgian Malinois. On Wednesday morning just after midnight, Chico Police Officers along with K9 Aaron responded to a prowler call on Berkley Lane, north of Palmetto Ave. After officers arrived, K9 Aaron went to work and quickly picked up the scent of the suspect.

*Subject Found Safely*     The Chico Police Department is seeking assistance from the public in locating a missing at risk person. 73 year-old Raji Dorotez walked away from the Torres Shelter (101 Silver Dollar Way) tonight at about 5pm. Mr. Dorotez is Caucasian with short grey hair and a grey beard. He has a thin build and stands about 5’8” tall. He was last seen wearing a blue sweatshirt and dark pants. He walks with a hunch and carries a black backpack. Mr. Dorotez suffers from dementia.

On November 22, 2020, at approximately 10:24 PM, Chico Police Officers responded to Cayman Court in Chico, CA. for a report of a subject suffering from a gunshot wound. Officers arrived and located a male inside of his residence with a single gunshot wound. The male was provided emergency aid and transported to a local hospital where he was treated for his injuries. CPD Officers investigated the incident and determined there were no signs of foul play. A witness was interviewed, and the shooting appeared to be accidental. No one else was injured during the incident.

On November 22, 2020, at approximately 10:24 PM, Chico Police Officers responded to Cayman Court in Chico, CA. for a report of a subject suffering from a gunshot wound. Officers arrived and located a male inside of his residence with a single gunshot wound. The male was provided emergency aid and transported to a local hospital where he was treated for his injuries. CPD Officers investigated the incident and determined there were no signs of foul play. A witness was interviewed, and the shooting appeared to be accidental. No one else was injured during the incident.

On November 21, 2020, at approximately 2:06 AM, Chico Police Dispatch received a call from a homeowner on the 100 block of Commonwealth Ct regarding a vehicle that had collided into the residence. The caller indicated the vehicle had fled the area.
Chico Police Officers arrived and contacted the homeowner. From the investigation, officers confirmed an unknown vehicle collided into a bedroom of the residence. The bedroom belonged to a small child and luckily the child was safe and unharmed. There is no description of the vehicle but should have front end damage.

On November 20, 2020, at approximately 9:50 PM, Chico Police Officers responded to the 1400 block of W. 3rd St. in Chico, CA. for a report of a stabbing. Officers arrived and located two adult males suffering from lacerations to their faces. This was later determined to have been caused by a knife. The victims’ injuries were not life threatening and they were transported to a local hospital. The suspect was not apprehended. If anyone has any information regarding this incident, please contact Chico Police at (530)897-4900.

On November 19th the Chico Police Department became aware of a Limited Stay at Home Order issued by the Governor
for counties in the purple tier. The order goes into effect on Saturday (November 21) and restricts non-essential work,
movement, and gatherings between the hours of 10:00 pm and 5:00 am. The order will remain in effect until 5:00 am on
December 21, 2020.
The Chico P.D. will continue to respond to any incident with the potential for criminal behavior or impacts to public safety

On 11/18/2020 at 1:34 PM, Chico Police Officers were dispatched to a single vehicle collision that occurred near W 17th St and Broadway. Officers arrived on scene and determined that a single vehicle had collided with a building located at 116 W 17th St. Chico Fire Department and Butte County EMS arrived on scene and began life saving measures. The single occupant of the vehicle was transported to Enloe Hospital by paramedics.
The Chico Police Department Traffic Unit and MAIT (Major Accident Investigation Team) took over the investigation which is still ongoing.
Location:

On 11/16/20 at 9:49 am a citizen called 911 to report he found a man deceased inside of a tent near the intersection of Humboldt Ave. and Pine St.  Officers arrived on scene and confirmed an adult male was deceased inside of his tent.  The tent was adjacent to Little Chico Creek.  There were no signs of foul play.  Witnesses advised the subject was ill for past few days.  The scene was turned over the Butte County Sheriff Coroner’s Office.  The identity of the victim is being withheld pending notification to his next of kin.

On 11/15/20, at approximately 10:29 PM, Chico Police officers were dispatched to a fight in the parking lot of Buffalo Wild Wings (845 East Ave, Chico, CA) with one of the involved parties being unconscious. As the information was being dispatched to officers, one officer arrived on scene and witnessed two males involved in a physical altercation and confirmed there was a male unconscious. When the officer attempted to contact them, one of the involved, later identified as Randy GARCIA, age 22, fled the scene. After a short chase, GARCIA was detained without incident.

On 11/15/20 at approximately 6:18 PM, Chico Police Dispatch received a report of a fight at the 100 Block of E. Lassen Avenue. As Officers responded, witnesses reported that someone involved in the fight was in possession of a knife. They also reported that a vehicle had attempted to run over some of the involved subjects. Witnesses reported that the suspect was fleeing in a white GMC Yukon. Officers arrived on scene and attempted to stop that vehicle. The vehicle fled and Officers pursued it for approximately 1 block.

On 11/14/20 at approximately 3:25 PM, Chico Police Dispatch as contacted by a stolen vehicle victim. The victim had reported their 1993 Nissan Maxima stolen the previous day. The victim reported the discovery of their vehicle near W. 11th Ave and Esplanade. Officers were dispatched to the area and began searching. Officers observed the vehicle driving near W. East Ave and Alamo. Fortunately for Officers, and unfortunately for the car thief, it did not appear that the suspect knew the area. Several wrong turns placed the suspect in a dead-end cul-de-sac.

On November 14th, 2020 around 5:40 AM, Chico Police Officers were summoned to an audible alarm at A Main Cycling, 2070 E. 20th St. by a private security guard. Officers discovered a window had been shattered and two bicycles were stolen. Currently, we do not have a suspect description to release to the public.
Location: 2070 E. 20th ST. A Main Cycling
Supervisor: Sgt. Escobedo
Watch Commander: Lt Rodden

On November 12, 2020, at about 5:03 pm, the Chico Police Department received a 911 call from Rite Aid, 650 Mangrove Avenue, Chico.  An unknown woman had tried to take a shopping cart from the store property.  A store employee contacted the woman, and she charged at the employee with a knife.  The suspect threatened to kill the employee as she was trying to stab him.  The woman fled the scene south bound on Mangrove Avenue.

On 11/8/20 at approximately 7:38 PM, Chico Police Dispatch received a report of multiple gunshots fired near the intersection of Oak Street and W. 5th Street.  The reporting party discovered that a single round had struck a nearby apartment complex and entered an attached garage area.

Officers responded to the area and located the damaged area.  During a neighborhood canvas, Chico Police Officers discovered additional evidence of a shooting.  At the time of this report, no gunshot victims have been located or identified.

On 11/8/20 at about 2:07 pm, the Chico Police Department received a 911 call regarding the theft of a motor vehicle from the parking lot of an apartment residence located in the 400 block of Nord Avenue, Chico. An on-duty Chico Police officer was in the area of W. 8th Avenue and W. Sacramento Avenue at the time the incident was dispatched.
The officer observed the stolen vehicle, a white colored Ford Focus, westbound on W. Sacramento Avenue.

On 11/04/20 at 12:01pm Chico Police Officers were dispatched to the Enloe Hospital Parking Structure for a subject threating to jump off the top floor. Chico Police Officers and Chico Fire personal arrived on scene. Officers from the hostage negotiation team were on duty and began a dialog with the subject. These officers have specialized training in de-escalation. The subject was dangling his legs precariously over the edge of the building. Officers summoned assistance from the Butte County Mental Health Mobile Crisis Team. BCMH assisted officers at the scene.

On 11/02/2020 @ 0300 hours, Chico Officer Charles Stelzner was at the end of his shift and driving toward the Chico Police Department.  While en route, heading southbound on SR99 at E. 1St Ave, Officer Stelzner checked the registration status on a 2005 Toyota Avalon.  The vehicle returned as a stolen vehicle out of the Corning area. 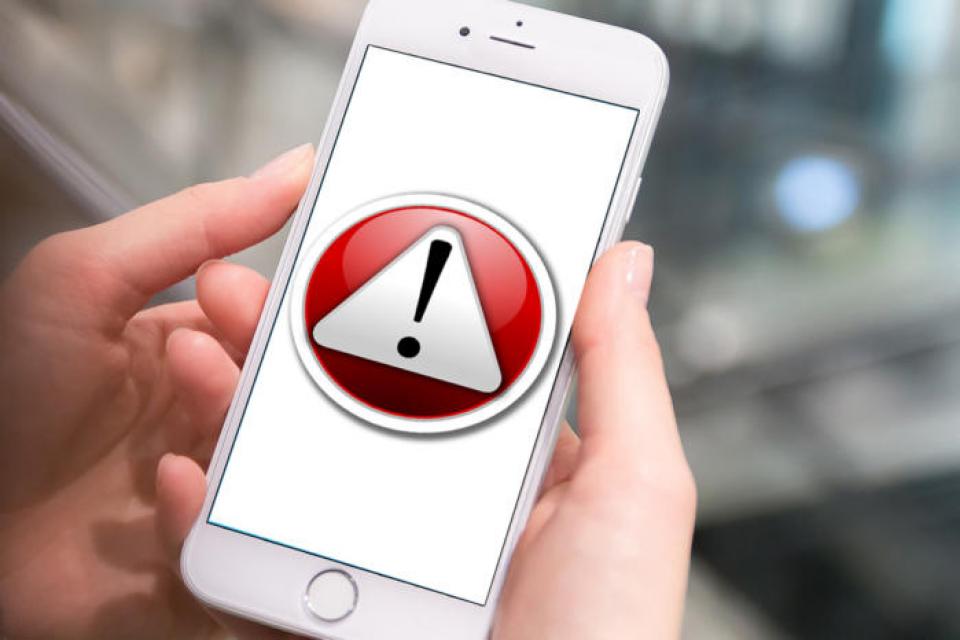